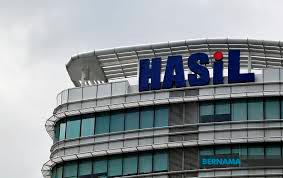 WITH the government’s push to increase tax collection, the relationship between the Inland Revenue Board (IRB) and the taxpayers has changed recently. They are now actively scrutinising taxpayers’ affairs through various means such as tax audits, investigations and leveraging information collected from the various types of tax returns. It appears that the IRB is using information technology to link externally available information to its internal information sources to identify potential cases to be scrutinised.

The volume of tax audits and investigations has significantly increased in the recent months. Despite the ongoing pandemic, there does not seem to a respite in the level of activity on the part of IRB. The time frame, from the start to an end of an audit or investigation can be as short as three months, which does not give the taxpayer sufficient opportunity to properly answer the issues raised by IRB. Unless the taxpayer is fully prepared upfront with documentation to explain his position, especially on factual and technical issues, it is becoming difficult to convince the tax authorities to change their position.

It is also noticeable that once IRB has taken a position, they are assertive in maintaining their position and willing to issue assessments and advise taxpayers who disagree with their position to take the matter through the appeal process via the Dispute Resolution Panel and thereafter to the Special Commissioners and the courts.

The IRB is not acting beyond its powers or authority. Its actions are within the law. However the question is whether the application of the law should be “clinically” applied to collect the tax upfront and appeal afterwards, is the correct approach. Will this encourage greater compliance or generate negative psychological effect on the taxpayers towards the IRB?

Perhaps the IRB should reconsider the speed at which assessments are coming out and greater leeway should be given to the taxpayers to explain their position before an assessment is issued. IRB should realise that once assessments are issued, taxpayers are under tremendous pressure to settle the taxes that may be under dispute and proving their case through the courts may take years which will cost taxpayers professional fees and valuable management time.

What should taxpayers do

Taxpayers on their part cannot take tax matters lightly anymore and abdicating their responsibilities to the tax agents. Before tax returns are filed, taxpayers must review their tax returns thoroughly and ensure they have the relevant underlying documentation such as invoices, agreements, correspondences, minutes and transfer pricing documentation to support the positions taken.

At the beginning of every enquiry by the IRB, taxpayers must give full information so that IRB does not misunderstand the facts supporting the position. Once the starting point is incorrect or not properly explained to IRB, trying to reverse or explain the position at a later stage during an audit is very difficult as the trust between the taxpayer and IRB is lost.

It is important to balance the need to collect the taxes and the plight of the taxpayers in the current economic environment especially when the tax issues relate to the past years. It would be welcome if the IRB can consider relaxing its current assertive approach and provide greater leeway to taxpayers in terms of time given to explain their side of the story and the period given to settle outstanding taxes. We are all facing tough times and a little compassion and understanding from the IRB is highly appreciated.