Tax Matters – Are you aware of the time bar? 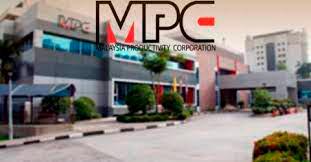 ARE you aware that the Inland Revenue Board (IRB) cannot raise tax assessments or tax bills beyond a five-year period? This applies equally to Real Property Gains Tax matters. The only exception is matters relating to transfer pricing which can be extended to seven years.

The five-year time bar also applies equally to a taxpayer who wishes to revise his earlier tax returns if he has overpaid taxes due to error or mistakes made, or to obtain a refund for any tax overpaid to the IRB.

This means that once a taxpayer has filed his tax returns and if the tax authorities do not come back within five years (excluding the year in which you filed the tax return) and review the tax returns, under the law, the authorities will not be able to raise any additional taxes for beyond the time bar period. Reversely, the same applies to the taxpayer who seeks a refund from the IRB.

This provides certainty and protection to the taxpayers against the IRB raising assessments beyond the five years. Please note that taxpayers are legally required to keep records to support the tax returns for seven years.

Can the time bar be set aside?

Yes, it can be set aside where any form of fraud or wilful default has been committed by or on behalf of any taxpayer; or the taxpayer has been negligent in filing his tax returns.

Fraud and wilful default are serious allegations where the taxpayer has knowingly and intentionally gone about to provide false representation to obtain an unjust tax advantage. This is done made knowingly, or without belief in its truth, or the taxpayer is recklessly careless whether the information provided in the tax return is true or false.

What is happening in practice?

Currently the IRB appears more readily to set aside the time bar on grounds of negligence. This is usually the case where the positions taken by the taxpayer and the IRB based on the interpretation of the facts and the law are not in agreement with one another.

In such situations, the IRB tends to raise assessments beyond the time bar despite the taxpayer having good records to support its legal stand. An example here will be property groups filing an RPGT return vs. the IRB’s position that it should be an income tax matter. Another situation where the time bar appears to be breached are requests for capital statements beyond the five-year period.

Both the taxpayers and the IRB should respect the time bar provisions. The time limitation provisions should be respected as sacrosanct. This is a basic right of the taxpayer. Once the time limitation provisions are regularly set aside, taxpayers will never be able to determine whether their tax returns are final or not. If this happens regularly, it sends a wrong message to both domestic taxpayers and international investors coming into the country.

At the same time, taxpayers must understand that if they file their returns and there are elements of fraud, wilful default or negligence, it is the duty of the IRB to guard the national “coffers” and punish such taxpayers.

The dividing line here is a thin one and both parties must tread carefully.