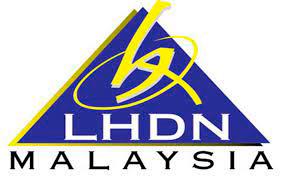 PREVIOUSLY we warned readers that Inland Revenue Board (IRB) scrutiny of interest-free loans between related parties was looming, and now it is a reality. The IRB is challenging interest-free loans and attempting to impose arm’s length interest rates.

The IRB’s position is that third parties will not lend money without charging interest. It is issuing assessments retrospectively for the earlier years and this could range up to seven years where the right to raise assessments on transfer pricing adjustments is allowed under the Income Tax Act 1967.

It is difficult to understand the rationale adopted by the IRB as the provisions of Section 29 do not deal with the arm’s length issue surrounding transfer pricing matters relating to intercompany loans.

In certain circumstances, interest-free loans should be allowed because they can be viewed as an alternative to capital provided to a company.

Any related party lender of an interest-free loan will be placed in a same position as a shareholder of the company where the return on his investment will be in the form of dividends or realising the value from the investment upon his divestment of the investment rather than being remunerated via interest.

Is there legal support to impose interest on interest-free loans?

There appears to be a conflict between the existing provisions within the income tax legislation. Although the transfer pricing legislation Section 140A allows the IRB to impose interest on interest-free loans, there are no provisions to connect such deemed interest imposed by the director-general under Section 140A to the specific provisions under Sections 27 and 29 which deal with the timing of the taxation of interest income.

Under Section 27, interest is only taxed when it is received. Section 29 is an anti-avoidance section that prevents taxpayers from deferring the taxation of interest income on the grounds that the interest was not received when in fact the amount could have been received if the lender had taken efforts to demand the payment of the interest and the borrower had the capability to pay the interest.

Although Section 140A creates a deemed interest income, it is not interest that is legally due to the lender and this conflicts with the primary legislation in Sections 27 and 29 that deals with the taxation of interest income that is based on actual interest received, or due to be paid, or first becomes receivable.

Where do we go from here?

This is an issue that needs to be resolved quickly as it affects most groups of companies in Malaysia. Imposing tax on such matters on a retrospective basis will be extremely burdensome to taxpayers who are currently facing severe economic stress due to the Covid crisis.

This requires dialogues between the IRB, Ministry of Finance and the various stakeholders.