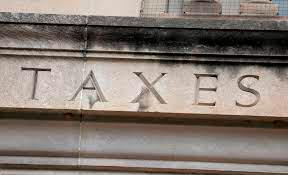 TAXPAYERS value legal certainty in the application of laws to enable them to plan so as to avoid being left in the dark with regard to their taxation rights and obligations. The majority of taxpayers want to pay the correct taxes and not any more.

Through taxation, the government becomes a partner in your business by collecting a portion of your income as taxes. Business enterprises venture into new businesses based on an expected return of capital and taxes are factored into this calculation. If tax laws are applied arbitrarily or applied retrospectively, it will become difficult for many businesses to venture into new business areas where the margins are thin.

What is happening now?

Uncertainties are arising from two sources – introducing retrospective legislation or enforcing laws which were dormant previously.

It has been observed that primary legislation or secondary legislations in the form of gazette orders have been introduced without grandfathering the existing situations (i.e. without allowing the old rules to apply to the situations prior to the introduction of the new law).

An example of such legislation would be the introduction of the Transfer Pricing Regulations on May 11 2012 but was applicable retrospectively from Jan 1, 2009. Introduction of such laws retrospectively creates uncertainty and infringes on the rights of the taxpayers as they could be asked to pay extra taxes which they were not aware of earlier.

Another recent example of a new legislation being applied retrospectively is the introduction of Section 113B in the Income Tax Act 1967 where the failure to provide transfer pricing documentation within 14 days upon the request by the Inland Revenue Board (IRB) will trigger a penalty between RM20,000 and RM100,000 for each year of failure.

The law came into effect on Jan 1, 2021. However, since the IRB has the power to request for transfer pricing documentation going back seven years during an audit commencing in 2021, they can apply this provision to penalise taxpayers for the earlier years.

The penalty provisions should only apply forward, not backward.

It is not uncommon for the IRB to remain silent on the application of certain provisions of tax laws for many years. A prime example of a dormant legislation being currently activated is the imposition of arm’s length interest rates on interest-free loans between related parties.

The right to impose the arm’s length interest rate on such interest-free loans has been in our legislation since 1967 via anti-avoidance provisions in Section 140(6) and further widened for non-anti-avoidance situations with the introduction of Section 140A.

Interest-free loans are extremely common within groups in Malaysia. Historically, we have not seen the tax authorities use these provisions to impose taxes on such transactions until recently.

This is a subject matter that has been raised with the IRB many times in public forums to seek guidance on where the tax authorities stand. There were no forthcoming clear-cut answers nor any guidance from the IRB other than generic pronouncements in the transfer pricing guidelines.

Suddenly attacking taxpayers on a retrospective basis is not fair. If the authorities wish to activate a tax provision that has been dormant since 1967 or from 2009, it is only appropriate that IRB provides a warning or guidance to the taxpayers of their intention to activate this legislation.

Furthermore, tax experts may not agree that the IRB has sufficient legal authority to impose interest on interest-free loans within the ambit of the current tax legislation.