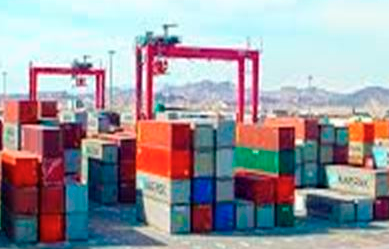 ALL goods imported into or exported out of Malaysia must have a Harmonised System (HS) Code. HS Code is used by more than 200 countries as a basis for Customs tariffs (rate of tax) and for the collection of international trade statistics.

Any incorrect declaration of HS Codes can sometimes lead to serious consequences on the basis that there could be a suspicion of fraud or falsifying information to avoid Customs duties. The Royal Malaysian Customs Department (RMCD) takes a very serious view of such deliberate actions, and it could lead to fines, penalties, confiscation of goods, and criminal action taken against the importer. In many cases where taxpayers have inadvertently made an error, the director-general of RMCD has the power to compound the offence where RMCD does not pursue prosecution in the courts.

When do such errors occur?

Majority of the instances where such errors occur is because the importer or exporter does not pay sufficient attention to monitor the internal administration of the importation and exportation procedures on the basis that the practice has been carried on in the past without any hiccups. The wake-up call only comes when the audit division of RMCD carry out random checks and discover such errors which will result in the under-recovery of taxes going back six years together with penalties.

Sometimes, where importers have been exempted from customs duties and sales tax by the Malaysian Investment Development Authority and the Finance Ministry. In such instances, importers have occasionally misused these exemptions and brought in goods under the pretense of using the exempted HS Codes.

Another instance of misusing HS Codes is for the importers to choose a HS Code with a lower rate of duty where there is ambiguity in the classification. Normally such ambiguities can be resolved if the importer had taken the initiative to seek a ruling from RMCD.

In addition to suffering additional taxes, penalties, compounds, etc. Importers will also face difficulties when applying for duty drawbacks and refunds of excess taxes paid. In the case of duty drawbacks, there could be problems when you are attempting to match the HS Codes on importation and the HS Codes used at the point of exportation. RMCD will be far more vigorous in scrutinising such applications since it involves a refund of taxes.

Many business enterprises do not have sufficient internal controls to identify, manage, and mitigate risks surrounding the importation/exportation procedures and especially the use of the correct HS Codes. There is a tendency to abdicate such responsibilities to outsourced third parties or delegating the authority to the logistics department without sufficient oversight by the management. It is about time that business enterprises understand the importance of using the right HS Codes since RMCD is now increasing its vigilance over the abuse of such practices.

Whenever there is uncertainty or doubt on the classification of the HS Codes, it is advisable to seek initially professional advice to be guided on the correct code, and thereafter to apply to RMCD to obtain a ruling to avoid any disputes or surprises.